Submission for this year's festival is now closed

Tuesday morning marked the deadline for submitting a short film for this year’s festival in Odense. And with exactly 3.264 short films submitted for OFF19, the festival has a new record on its hands. Between 2018 and 2019 the number of submissions has increased by almost 25 %, a fact that certainly calls for celebration! Festival director Birgitte Weinberger believes the cause for the boost in submitted films lies partly in the festival’s most recent succes story:

Last year, the Irish short film Detainment won our Academy Award-qualifying HCA Award, the Grand Prix of our Main Competition, and went straight to the selection jury of the Academy . And, as you may know, Detainment ended up being nominated for an Academy Award. I guess a lot of filmmakers, national and international, has been inspired by the succes of Detainment and has decided to submit their films for our festival this year.

To watch and analyze the submitted short films is a hard-working jury. The jury comprises animator Sara Koppel, writer Christian Gamst Miller-Harris and festival director Birgitte Weinberger. Over the course of the next weeks the jury will select about a 100 films for the OFF19 competition programme. Come may, the selected filmmakers will be notified and the official competition programme will be announced.

Last call for submitting films for OFF19 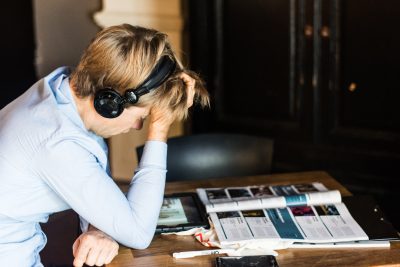