For the 10th year in a row, OFF – Odense International Film Festival presents the competition Pitch Me Baby in collaboration with Danish Film Directors and Danish Dramatics.

By the registration deadline of August 1, OFF had received 94 short film ideas; now our selection jury (screenwriter Jenny Lund Madsen, director Rasmus Kloster Bro and festival manager Birgitte Weinberger) has looked at all the ideas. Only 8 of the 94 submitted pitches have been qualified – Find out right here who are selected to compete (live!) on stage on Thursday, August 29, when we host the Pitch Me Baby competition during the festival:

Big congratulations to the participants – and thank you to everyone who sent us ideas this year!

Pitch Me Baby is a live show of compelling pitches; the competition is a part of OFF19, where the best pre-submitted short film ideas are allowed to compete directly on stage in front of a competent jury and a large audience. This year, actor and director Christian Tafdrup, actor and director Lotte Andersen, producer Kim Magnusson, screenwriter Adam August and animator Sara Koppel will be the jury.

In five minutes the pitchers must present their vision and convince the jury that their idea deserves to come a major step closer to realization: the two best short film ideas are awarded with work grants for a total of 50,000 DKK.

Experienced filmmakers, primarily directors and screenwriters, but also brand new and untested talents can submit suggestions, and all contributions are more than welcome. On average, OFF receives about 100 short film ideas across all genres. 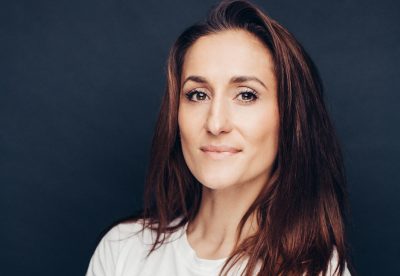