This year’s Academy Award nominations have been announced and we are thrilled about the fact that four nominated short films were screened at OFF – Odense International Film Festival.

Among the nominated short films is ’The Long Goodbye’ with Riz Ahmed as the central lead. The film won OFF’s main competition, the HCA Award at OFF21. By winning this competition, a film is qualified for being shortlisted for an Oscar. This demonstrates that it isn’t just the Jury at OFF’s main competition who have seen potential in the 12-minute-long film, but also people from the film industry from all around the world. In the category Live Action Short Film 2022 ‘The Dress’ by Polish Tadeusz Łysiak was also nominated and this film participated at OFF20 in the main competition.

It goes without saying that we’re especially proud of the Danish film maker Martin Strange-Hansen. With his short film ‘On My Mind’ he’ll get the chance to win yet another Oscar, just like he did back in 2003 with “This Charming Man”. This short film tells the story about a dedicated and desperate husband, willing to do everything in his power in order to grant his wife’s wish.

Last but not least Elizabeth and Gulistan Mirzaei’s ”Three Songs for Benazir’ has been nominated in the category Best Documentary Short.

OFF is a prestigious competition

Despite screening short films for a whole week, OFF isn’t just a cultural festival that unites the local people of Odense and keen movie lovers. It’s a prestigious competition, that undoubtedly shows the afterlife a short film can have.

Submission for OFF22 is open 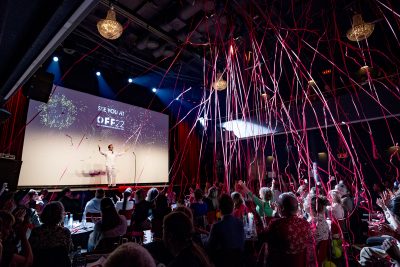